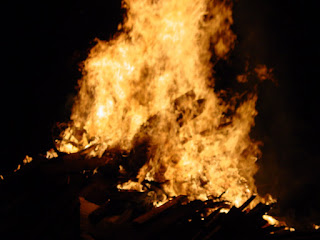 Although, I must say in my defense it has been for good reason. My elderly mother had an accident that resulted in her being in hospital recovering from broken bones. I, along with family members spent many days at the hospital late into the evenings. Mama, (everyone who knows her calls her Mama) recovered from hip surgery. She is a trooper no doubt about it. It was touch and go for awhile but somehow she found strength and continues to improve daily.


That being said, life goes on. Because I was away I missed Andrew's grade eight graduation, Father's day, and hubby's birthday. I said to my son, sorry I missed your grad.  He responded, it's only grade 8, you'll be there for my grade 12 and university grads, those are the really important ones. He is so sweet!  I'll have to find a way to make it up to the men in my life. On the positive side, they were able to have some serious father son bonding time.

Being away from home was not all bad, it allowed me the opportunity to spend some quality time with my brothers and sisters.  While in Alberta it occurred to me that life there actually involves a lot of  staying up past midnight because the sun does not set until really late. I was in Alberta on the longest day of summer, June 21st. I swear, I could have played outside all night if I was not so emotionally and physically spent.

Now that the family crisis has passed and I am back in Ontario, I’d love to spend more time outside enjoying the summer. But alas, in Ottawa the sun sets before nine o’clock. Leaving me in the dark being consumed by blood thirsty tiny vampires (Mosquitoes).