Searching for Answers / looking for Action 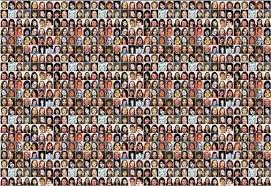 All across Canada families are grieving…
for their mother,
for their daughter,
for their aunt,
and for their friend.
Grieving for the woman or girl who disappeared into thin air.
Conservative numbers are just below 1200 women and girls missing or murdered in Canada.

Found, but too late

Tina Fontaine's body was found August 2014.  She was in the care of the government when she went missing.

Loretta Sounders' body was found weeks after she went missing.  Her alleged murderers have been charged.

The mystery surrounding Bella's death is still outstanding.    This is Bella's story.

A Haunting recording, could be a Lead!

Ms. Amber's dismembered body was found in a ditch in Alberta the summer of 2012, two years after she went missing. RCMP are appealing to the public to identify the voice in a recorded call from a cell phone.   https://www.youtube.com/watch?v=6mEeyd1sF6g

What would it take to see a modicum of emotion and compassion about these girls and women from the general public? Well, to be fair, the candle light vigils and protest have been well attended. I do believe people care. However, I am not as sure that the enormity of the situation is really appreciated.

Think about it, that is almost four jumbo jet planes full of women and girls.  Next time you are on a flight, imagine that each seat has a  women or a young girl as a passenger, then imagine another 3 or more jets just like it, and now imagine all the passengers go missing and are never heard from again.

In fact, these numbers are an estimate and it could be much higher than reported.   How many more need to go missing before Canadians collectively view this as an assault on WOMEN / PEOPLE. What is the magic number, the tipping point, before anything is done by our government, when the number of the missing reaches 1,500, 2,000, or more? How much more?

Mr. Harper, does it matter how many more must be reported missing or found pulled from the water, murdered?

We know Mrs. Harper has other priorities.

Why is PM Mr. Harper so desensitized to the plight of the surviving families, the parents, the siblings, and the friends of the women who have disappeared or been found murdered.  Furthermore, why has he not called for an inquiry into the conduct of the RCMP and police in the handling of this matter? In a recent press conference Mr. Harper says it is better left to the RCMP.  Really, Mr. Harper, you may think they are doing a good job but the numbers say different.  And apparently not all of them are doing the job they ought to be doing.

Who is doing this to the Canadian women and girls? How many murderers are among us? Where are the bodies of these women and girls? If nothing else we need to put them to rest by finding the bodies and bringing them back to their families for a proper respectful burial.

Think about it, someone is murdering women and girls, and it could be someone you know. Even more of a concern, since this is not an isolated or regional matter, and is happening  across Canada there could be a large number of murderers among us. They are free to continue their assault on women and girls because they think no one cares enough to stop them. Remember the Pickton murders in BC?

Including me, it is interesting being that I am from a small hamlet of less than 1200 people. But I know of someone who first went missing, and then was found, murdered.  She was my classmate, and I recall her as a young girl with a good sense of humour.  She was smart too.  Later, I had heard she made some bad choices in her young life. One summer, she made a critical error. She decided to go hitchhiking into the United States and was not heard from again.

Much later, her family received a dreaded call from the RCMP.  On the phone, not even in person, the officer described how her body was dismembered and disposed of in garbage bags. Her DNA sample was the only way she was identified. Her killer is a person who picked her up and gave her a ride.  She was 24.

And Ms. Amber, whose killer's voice on a chilling cell phone recording is just one piece in a police investigation, was also from my community, and was the daughter of my older brother’s classmate.
We owe it as a society to care and to take some sort of collective action. I challenge everyone who reads this blog post to do something. Write the PM’s office and demand he does something about the missing and murdered Canadian women and girls. At the very least, share this story. Someone out there knows something.  Likely, many people out there know something.

If we remain silent, our collective inaction speaks volumes about who we are as a society. The message this sends is loud and clear to me and perhaps to the murderers living freely among us, that Canadian women and young girls can be raped, killed and disposed of like garbage. When did our society become so indifferent to the violence against women and girls?

It has to STOP. Where is the outrage??? We need answers!!!

By the way, you may have guessed, these are indigenous women and girls. This, however, should not make any difference because they are first and foremost human beings, members of our society. We should have protected them.

In 2014, the Canadian premiers unanimously supported the request for an inquiry.  Finding the body of Ms. Tina Fontaine has renewed the call to Mr. Harper to call for an inquiry.  Still, he remains steadfast against it.
http://youtu.be/dBPo9FgRBj4  Missing and Murdered Aboriginal women in Canada video by grade 11 students.

UPDATE AUGUST 28TH, 2014
Due to mounting pressure the PM has called for an inquiry on Missing and Murdered Aboriginal in Canada.  When Canadians get together on the same page, they can change the course of politics.  It all comes down to VOTES, with an election a year away.  IF ONLY, THIS IS NEWS IS FROM A SATIRICAL NEWS SITE!
Posted by ToBlog today at 9:21 AM No comments: