PICTURE THIS! (BECAUSE I CAN'T) 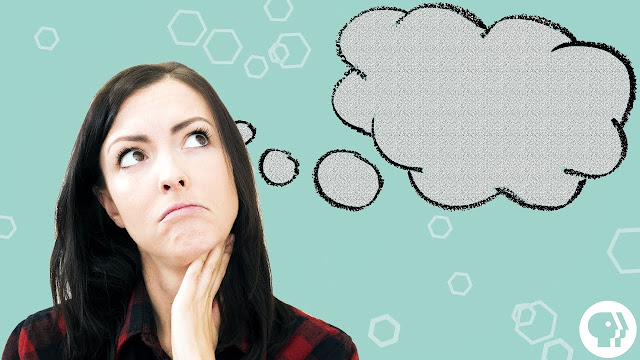 "I tasted it in reality, and that was all I got. A one time deal. I can’t taste it again in my imagination." -Brian Leibold

I discovered that I have aphantasia. Discovered in 1880, and coined it  in 2015 by  cognitive and behavioral  neurology scientists, Adam Zeman in the UK.

I found out I had it quite accidentally, during a conversation. What this means for me,  is that I don't see images in my head.  Crazy.  It means that I have a condition that only 1 to 3 per cent of the world's population has. It never occurred to me even to investigate this phenomenon. I never knew that other people have a superpower of generating pictures just using their mind! Who would have thought?

Prior to a few days ago, I never gave it a second thought. Incidentally during a conversation with my daughter, I discovered I could not visualize what she was saying. Whenever I shut my eyes all I get is black with a bright/ light spot - I can't picture anything in my head at all.

There was an aha! moment for me, and I suddenly understood why I am geographically challenged. I cannot envision lakes, rivers on a map. And further it now made perfect sense that when I was talking to designers who were designing either my layout of the kitchen, bathroom, or landscaping I could not envision what they were creating until it was completed.

Until today I always thought that when people said they saw images it was more like a metaphor ... or like remembering.  It is interesting  to find out because I never knew what it meant to imagine something visually. I always thought that it was an intellectual process and not a situation of conjuring up a visual image with the mind. This knowledge does not change anything, although it does help me understand to some extent how my brain works.

For me, I connect through my feelings. My memory works by connecting events that have taken place directly to how I felt about it. When I tried to remember somebody, I don't get an image of them in my head; instead I get a feeling of them. Oliver Sacks, a neurologist and author, wrote a book titled The Man Who  The Man who mistook his wife for a hat.

It is difficult to explain.  I think it is like all the data is stored in my brain like on a hard drive and can be reassembled when needed. But it is not stored as a picture.

That is pretty freaky because if – like most people - you can see in pictures it must be hard to believe that others can’t do that because it seems so natural to you.  Another insight into that amazing organ, the human brain!