The Summer Of Transformation 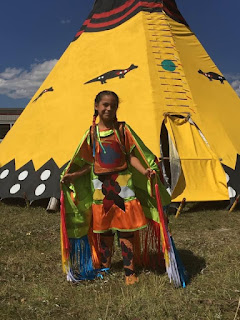 Inasmuch as the world stopped for many in early March 2020, it did not stop for me.

Since the beginning of March I have had two tragic and heartbreaking losses, first, my brother, Pat, and then my oldest sister, Liz.

I embraced my vulnerability and accepted it as part of my journey that I needed to walk.  And I embarked on my next challenge.

A leader in the Dene community inspired me to take a 12 week leadership course, Being A Leader facilitated by Unstoppable Conversations. This was his project  when he took the course.

I just completed the last session this week.  And of course, this would have little meaning if I also didn't experience a transformation.  In the last week of the course I  took responsibility for an action to occur that would make a profound difference for the organization I lead.  It was not easy, as it never is when making difficult decisions.

The fallout from these actions is ongoing as I disrupted business as usual.  And I suspect it will continue.   As a leader, I am confident that actions that were taken will stand the organization in good stead for years to come.  Taking being a leader course left me with a greater appreciation for my word and how I hold others to their word. That was a game changer for me.  And upgraded the caliber of being a leader.

Disruption is an opportunity to start a new.

Among the many lessons the course revealed, an important and vital lesson I learned is that to have  authenticity I must first look at myself and where I lacked authenticity.

This inquiry led me to discover that I often lack authenticity by my being extremely nice.  The basis of this behavior is rooted in childhood trauma and I decided early on I wanted to be liked and accepted, and I didn’t ever want to hurt people’s feelings.

The downside to this behaviour is I would hold back from truthfully saying what needed to be said. Numerous times the facilitator said to me Angelina, you are being too nice!  Obviously, the only person I was fooling is myself. Being too nice is ineffective and stops your growth.

An aspect of being a leader is to know what you stand for and, to make a declaration on what that is.  This is just the first step. Your actions moving forward will speak to what you have declared.

Again, I cannot emphasize more strongly, that when speaking your truth, it is important that you speak from a place of authenticity because, no matter what words you use, if you lack authenticity everything you do will fall like a house of cards.  And that does not serve anyone.

moreover,  It is not about trying to be a leader; it is about taking on leadership like you would take on being yourself, as mom, or dad,   It is not separate from who you are being. And through my participation in the course I can show up being a leader.

The insight that I received over the 12 weeks would not have been possible had I not been inspired by Norman Yakeleya, Dene National Chief, who took the course before me. Thank you, Norman.  You will never realize how many people  are impacted by being the leader you are.

In the last Zoom session in the course, it surprised me when everyone was acknowledging the facilitators for their insight in helping the course be as successful as it was.  I got emotional. I really took on that they were showing up and creating space to make a difference for the 60 people worldwide who participated. As stated earlier the impact those beyond the 60 people to all the people they Inspired. In turn each of those  people through their project are impacting many more people.  As people revealed their transformation one by one. I eyewitnessed a confidence and distinct uncovering of their true authentic selves. These 60 people, which I am one,  awakened their purpose and created an action plan to make it happen on a humanitarian level. bravo!

As part of the course, each participant choose to undertake a project to demonstrate their new understanding of leadership.  These projects revealed will  make the world a better place.  Examples are;

1.    Teaching illiterate mothers in Bangladesh English, so they can create a possibility of a better life for their children.  To empower women is to empower the entire community.

2.    Farm radio Internationally, 40 African farming communities in rural Africa, empowering them to help themselves, by:

·      Impact on ownership and forming responsible partnerships in rural Africa

3.    Investigating the correlation of toxicity from the oilsands upstream from Fort Chipewyan Alberta on health and the high rates of rare bile cancers among members and offering them a possibility for optimum health. (My project, but did not get off the ground due to the person I partnered with did not provide me with the studies on toxicity.)

4.    Changing a teaching paradigm for First Nations communities of how we  address  addictions by, incorporating compassionate inquiry and looking at trauma as the cause of addictions moving away from seeing addictions as a disease. (The project I took on halfway through the course I changed the focus of my project, identified Dr. Gabor Maté as my partner. We will start the project in September, after he completes his latest book.)

5.    Humanizing the delivery of  services to Canada. Creating a new standard that reduces bureaucracy in favor of humanizing government delivery of services.

6.     A father's project to create a path forward for independence for his son, resulted in creating a more desirable relationship among his entire family, based on communication.  Being present with each other, listening, and being heard.

7.    People who resisted speaking up, stepped up and spoke revealing vulnerabilities and their authenticity.

Indeed, the course delivered and surpassed on its promise to give us the tools to allow participants to discover for themselves, and allow for true transformation to occur.

We leave the course literally as  transformed  people,  truly leaders,  and   folks I am proud to call friends  to walk with on my journey. 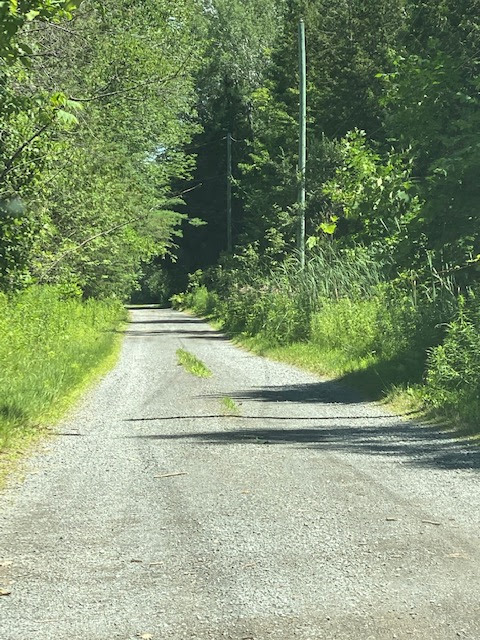 Angelina, wow. What a powerful post. What a giant leader you are. I am blessed to have been in the program with you and especially blessed to have been part of the same small group. You are a giant for leadership, the Dene, our First Nations and the world. If you have not yet passed this on to the Unstoppable leaders please do so. I've no doubt they will be as touched and moved as I am in reading your blog. You brought me to tears...good tears. Thank you.

Angelina wow. What a giant of a leader you are. What a giant of a human being you are. The leader you are and the leadership you are providing will provide a profound impact for your family Your organization, the Dene Nation, Our First Nations and the world. I am blessed to have been able to participate in this program with you and I am further blessed by having been able to participate with you in a small group through this program. If you have not shared this with the unstoppable conversations leadership team I encourage you to do so. I am sure they will be equally touched moved and inspired by your post. You brought me to tears. Good tears. Thank you.