Friday's What the Heck / Meaning of Life

Some people, no matter what, will stick to a position either for or against religion with the same singled-mindedness they accuse each other of having.  There is nothing wrong with walking the middle path.


I’ve admitted that I was raised Roman Catholic in other posts and that in recent years I’ve questioned following blind faith.  I like to think that I have an inquiring mind, and my quest is to find answers with an open mind and heart.  Thus this is my journey, to search for the meaning of life by questioning.  I know, some questions will not have an answer, but that doesn't mean I should stop searching, does it? At the end of the day, you give your life meaning by how you live it. Life is a journey, and at every corner I welcome surprises as I walk the middle path picking up nugets along the way.  Sometimes I even return to traditions that have served me well in the past.  Nothing wrong with that!
Like for example, lent. Ash Wednesday, February 22, 2011 to Holy Thursday marks the Christian lent period.  Although I don’t observe most Christian traditions I do follow lent because it's been a childhood practice that works for me. Besides, lent gives me satisfaction when I successfully complete the forty days.
That said, I give “lent” my own purpose and meaning, which for me means to improve my personal spiritual practices by being introspective.  To that end, I make sacrifices of things that for me I see as indulgence. One year, I gave up chocolates, another year it was coffee, always something not too major but something that was hard to give up. Giving up something that you enjoy places greater focus on the action and fosters appreciation for it, not only that, but it helps you be more present. Traditionally it is a time of fasting and reflection, which still holds true for me today as it did when I was younger.

Another reason I like lent, although not always an easy task, is I more often than not keep my resolution for the forty days.  I think, one of the reasons it works is that it has a realistic time line.  Unlike New Year’s resolutions, which starts January 1st but has no definitive end making at least 90% of participates quit as soon as the bubbles in the champagne are flat. The other reason it works, is that I require a realistic goal, so nothing too daunting or serious.   Heck, maybe it is just the guilt embedded in me as a child to keep to the resolution.  Whatever the reasons for my success durning lent, as long as it works, which it does, I'll keep doing it.  Best of all at the end of lent there is a celebration, a renewed life, embracing life and moving forward.

This year, I am giving up facebook!!!!  There.  I plan to use the time I would be spending on facebook for meditation and reflection.  To be sure, there are more serious luxuries I can give up, but this actually helps me focus on more meaningful things in my life.  You wouldn't believe how much time is wasted on facebook until you're not doing it anymore.  big sigh!

Normally, I don’t mind people’s suggestions and will take it in stride.  But in this instance they missed the boat entirely.  The purpose for “lent” according to my version anyway is to give up luxuries and indulgences, in effect, it is to make sacrifices.  I do this because it makes me a better person and to contribute to society in a meaningful way.  And you might add, how is staying off facebook accomplish this?  Facebook really is all about snooping into people's lives, right.  Pure indulgence. We check “friend’s status” to read about what they are doing, who they are seeing, or why they broke up with someone, get in on the gossip, etc.  Basically, I am snooping into stuff I have no business knowing about, or would know about anyway if we were such good friends.   Don't you agree?

Since being off facebook a number of friends have emailed me and we have had a “real conversation”!!!

People who are so vehemently oppose to religion are failing to see that by using this particular tool borrowed from Christianity,I really am standing in integrity to impact the people around me in a positive way.   Ironically, isn’t that all we strive for in this world, peace, love, and acceptance?
Posted by ToBlog today at 11:16 AM 2 comments:


It's memories of waking up to the sound of the ocean that gets me through the long cold Canadian winters.  Can't wait to return to Princeville.
Posted by ToBlog today at 11:23 AM 2 comments:

Friday's What the Heck! Everything can be Unhealthy 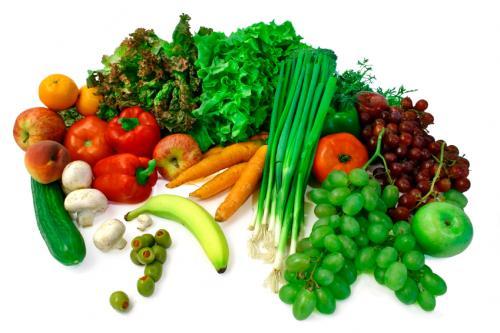 Somedays I feel like I am navigating around land mines (foods that are not healthy enough / or that are harmful) when making healthy food choices for my family. It seem like no matter what, someone has something negative to say about food choices we make. What’s up with that?

Over the last year and a half I’ve been for the most part eating a significantly healthy diet of fresh fruits and vegetables, and more often than not, opting for organic.


And because access to information is at the ready, I am frequently researching new recipes and health information online. Imagine my surprise when I came across Dr. Esselstyn's website.  In reading his list, it would appear almost everything I’ve been eating appears to be “bad” for me. It almost made me want to go out and buy some junk food! Almost.   However, he does avocate a plant base diet which I'm all about these days.  But he lost me when he says that green smoothies are bad for you.  And his diet regime is far too restrictive, especially, if you don't have heart disease.

Although, I am not one for having everything I read influence me,  it did make me think.  But I quickly decided that anything you eat can be bad for you if you have an extreme diet. Duh! Given my philosophy, which is moderation and nothing too extreme I don’t believe my present diet is cause for worry. In fact, I’ve never felt healthier.  It's all about balance, right?

But others, have taken his opinion more seriously and have changed their diet accordingly, like this particular foodie blogger.  A pity really, because juicing and having green smoothies are on balance good for you.  Don't take my word for it, read Victoria Boutenko's list of health benefits  of green smoothies.  My journey into juicing and green smoothies began after reading the many books by Victoria and other people who ascribe to this lifestyle.  What strikes me about this group is that they all look so vibrant, happy, and healthy.

Still, one thing missing is I haven’t been doing consistently, or virtually at all, is exercising.  I can summon all sort of reasons why not, but, the truth is I am just plain lazy.  Ironically, try as I may, I can’t find a darn bit of information that says it’s bad for me.  And all information available overwhelmingly recommends exercising regularly.  I’m beginning to think there is something to this exercising thingy.  Hmmm.


Recently, I came across an amazing yoga teacher, Tao Porchon-Lynch who at 93 years old and looks fantastic.  I am so amazed by her vitality that she has inspired me to start yoga.  The best part, no equipment is required (Not that I don’t have any equipment you know, as I do.  But it is downstairs soooo far away!) .   I see myself first thing tomorrow morning rolling out of bed onto my yoga mat (which I have to dust off since its been sitting in my closet behind closed doors out of sight.) to begin a few basic positions. After all you got to start slow, like I said, no extremes. I will work my way to standing on my head eventually.  Anyway, that is my plan!
Posted by ToBlog today at 12:54 PM 2 comments:

It' Always a Beautiful Day

Sometimes I can't imagine anything more beautiful than the rising sun. And now and then, when the traffic permits, I stop, and take a picture. Follow The Sun  by Xavier Rudd A great song to listen to while thinking about your day.
Posted by ToBlog today at 6:27 AM 2 comments: