“Resolutions are meant for those who have resolved not to adventure into the light.”

By and large, I try not to make New Year’s Eve resolutions because these resolutions, more often than not, remain unfulfilled by year’s end.

I had an interesting 2015. It was filled with all consuming energy, dedication, and some interesting revelations. 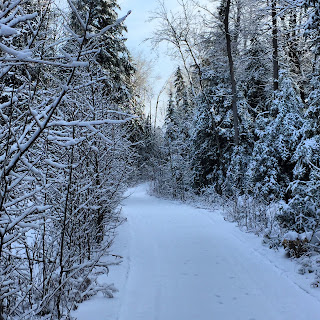 The Ottawa winter of 2015 was icy, snowy, and cold.  In other words normal.  That is, until December, when we experienced unseasonal warm temperatures and virtually no snow, which I didn’t mind one bit.  Unhappily, winter descended upon us a few days before the end of the year.

At the beginning of last January, my brother Samuel sustained a beating that left him with brain damage, severe motor deficits and a diminished capacity to care for himself. He is a hero because he saved a woman who was being beaten by her boyfriend in a mall in Fort McMurray. Sadly, he is unable to live independently and although he has two adult daughters, he will likely spend the reminder of his life institutionalized.

Once again, this year, I experienced the loss of family members. I will miss my sister-in-law and friend, Dawn Mah and my cousin Charlie Cookie. Although, it is expected, it is still difficult when someone dies and it creates a void in my life. And because my siblings are older and I also have some older relatives, death will be part of my life, and it is something I have accepted as a fact of life. 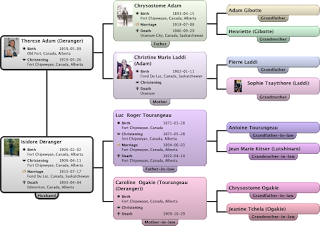 Coming to terms with this understanding ensures that my intent  is to never take for granted my family and friends. And, I find myself more and more wanting to keep communications and family connections open. Life is really too short to have animosity against the people we claim to love.

Which is why I enjoy being the self-appointed guardian of our family tree and the the administrator of my mom’s Facebook page.  These tasks create an opportunity to connect with members of the family whom I may not otherwise be in contact with if not for Facebook. The task of documenting the births, marriages, and deaths provides me an opportunity to stay connected with my family. So far, I have documented 336 people and 136 family groups.


I would be remiss if I didn’t mention lessons I learned over the course of 2015 because it indeed taught me an insight or two into human behavior.  On the top of my list is to never ever assume people will behave in a particular manner. They will surprise you.

2015 was a year that created amazing political changes both in the federal and provincial spheres. It was an incredible demonstration of democracy.  These election results, turn the page in politics, and created a movement, which led me to believe that my First Nation was also ready to make some bold new changes.

To that end, over the course of 2015 I was consumed with bringing to the forefront the lack of accountability and transparency with the leadership in my community.  My objective was to empower members by opening up communications with the elected. But the majority of members of my First Nation’s inability to ask the right questions puzzled me.  Moreover, that they appeared to not believe that they deserved to have meaningful answers to these questions, or indeed to even to question. It may be that the dependency created by the Indian Act and the experience of residential school trained them not to be critical thinkers, and to accept what is handed to them without question.

I just didn’t get it.  I work with some very progressive First Nations and thought my First Nation was also becoming equally more progressive. Sadly, I was mistaken and it cost me – not just the out of pocket costs of producing three newsletters, attending membership and corporate meetings, but also the support of members of my own family who didn’t understand where I was coming from. I believe good governance can only occur when the people demand it, and one day, when they are ready, they too will have it.

On the whole, it became obvious to me, by October, when the members voted overwhelmingly to re-elect the Chief to his 3rd term in office, that they were more than satisfied with his leadership.  I can’t argue with that and told the Chief that he will not see any further opposition from me and nor will I continue to ask for accountability from our elected. The members have made their choice notwithstanding that the Chief continues to be in violation of the residency requirements of our Election Code.  I feel a weight lifted with my decision to move on to other projects in 2016, and no doubt to the pleasure of some. 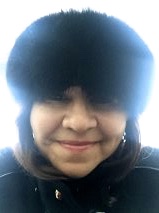 My philosophy is life should be non-complicated, easy and fun. To tell you the truth, 2015 was no cakewalk. I expect 2016 to continue to teach me lessons, create opportunities, and provide a wealth of information on human behavior.

Looking towards sunny ways in 2016.  Bring it!
"When we allow ourselves the sweetness of now, we may have all of the adventures that life has to offer in the coming year—if we are so fortunate as to have one."
Francesca Biller, Elephant Journal 2004