A typical day growing up in a house full of siblings...

My dad, Isidor Deranger was a man of few words. But he revelled in telling stories.  He always made  them sound so fascinating. I wish I had his talent for making a simple hunting story sound like an amazing adventure.

I grew up in a large Dene family. Indeed we had a humble beginning. But what we lacked in material stuff, my father made up for by his  exciting  stories, and visions of the future.

I grew up in a house with ten brothers who all enjoyed reading, so there were always plenty of books around.

I remember picking up one of my brothers’ books when I was 11 and read it. The story was so  captivating. As I read it, it unfolded much like a movie in my mind.  Instantly I fell in love with books. It was the gateway to escape from the chaos in the home.  in the evening when it got dark we used a homemade   candle  was called " bitch light, which is  a makeshift candle made with oil and a cotton rag.

My brother's book was John Stienbeck’s The Grapes of Wrath. perhaps this is why I like blogging, chronicling bits and pieces of my life. Possibly my childhood might be boring to most but I am cognizant that it definitely is  unique and special.

First, I am Indigenous. Secondly, I had 10 brothers. That in itself is crazy. Not the Indigenous part, but the ten brothers part.

How many people grew up with 10 brothers, in a small log cabin that did not have electricity or plumbing?

But most importantly my mom was a force to be reckoned with and her OCD about cleanliness, that kept my sisters and I constantly occupied with cleaning is a separate story in itself.

When I pick a subject to blog, I am careful to not portray myself as a victim, at the same time, I don’t over exaggerate my blessings. I like things to be simple and straightforward and if you read it to the end and have felt entertained, or learned something new then I am satisfied.

as I mentioned,In my formative years we lived in a small log cabin that my father built.  We had a wood stove in the middle of the living room. The woody fragrance coming from the burning logs in the stove and constant flurry of activity around, comforts me as I got older. We slept four or five to a bed. And we had three bedrooms. The boys had their own room.

In the dog days of summer, my Dad would put the wood stove outside so, when my mom baked bread it would not make the house uncomfortably hot. There was no television.  We created our own amusement. Music coming from a small transistor radio which my brothers hooked a ground wire to was our entertainment. It gave us access to  630 CHED, a local radio station 24/7. my brothers  enjoyed reading comic books, and  would  trade with the neighborhood children.
In the afternoon my Dad would take my brothers  and walk down to the lake to get water, while mom and the girls prepared dinner. Dad fashioned an apparatus out of wood that allowed him to carry two large pails of water, one on each side.  the board rested on his shoulders. We could hear their  chatter getting fainter and fainter as they walked further away from the house and  all that was left was silence. Their phantom laughter often hung in the air until we would hear them again in the distance upon their return as their laughter penetrated the silence.

Summers were enjoyable. Our Cree neighbour would have tea dances, lively music would emanate  from their home. We were never invited because we were too young. The  dancing fiddle music would last into the wee hours of the morning.

We often would make up stories in the dark about what we thought our neighbours were up to and when we got tired of them, we would make up ghost stories until we were more sleepy than scared,  and then fell asleep. 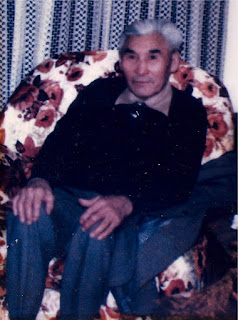 Posted by ToBlog today at 2:46 PM No comments: 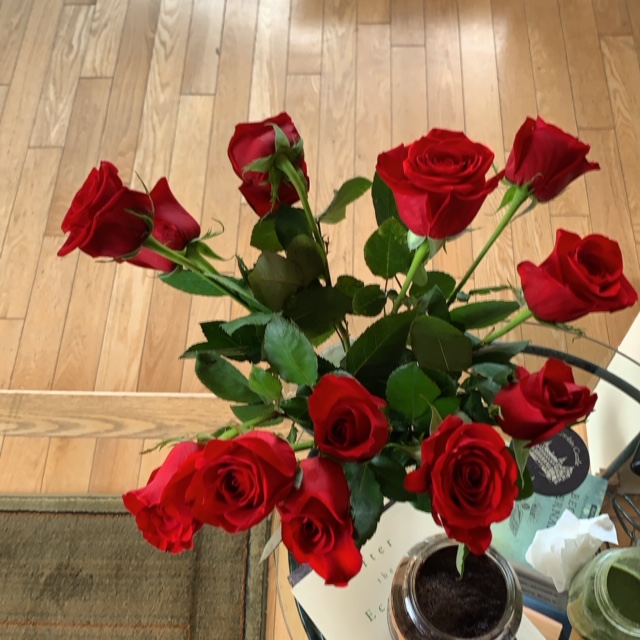 
forever in our heart


right from the start

loving you forever is not hard

A strong force binds your love to  us
your beauty

lives on in our heart 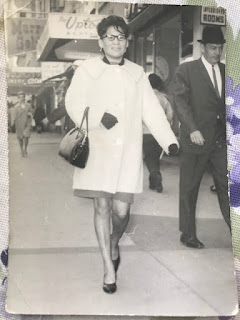 Posted by ToBlog today at 7:12 AM No comments:

We all have opinions. And sometimes we will express them without the full story being revealed. Our biases and our prejudices fill in the blanks.  We believe that our opinions hold the truth. We become indignant if we are contradicted. Even judgmental. You only have to read the comments to see this  unfolding. Even when we don’t have all the facts.

This a story which has got a lot of traction on social media. It involves a high profile  chief. I watched a short video this morning and read the comments. It was recorded by the dash camera on a police cruiser. It is the story about an Indigenous Chief, beaten by the RCMP. The video does  show the beating.

The  incident occurred in Fort McMurray, Alberta.  and not on the reserve.   Many after seeing the casino in the background assumed it was on the reserve.  That in itself is a racist assumption.

Was there excessive force? Could the police have de-escalate the situation?

Did the Chief need to be beaten by two police officers to contain him?

The Chief in the story is Chief Allan Adam, a Dene from my community, the Athabasca Dene First Nation.  Honestly, Chief Adam is a bit of a hothead. In spite of the fact I felt a sickening in the pit of my stomach watching the video, and knowing what kind of comments it would generate from people who have a low tolerance of indigenous peoples.  that said, he is a strong advocate for our community. He has been anti-oil which has gotten him some negative publicity, and he has attracted enemies from the oil industry.

Indeed, he has a strong personality. In the community, he has encouraged self-sufficiency and independence, helped build a grocery store to compete against the high costs of groceries in the community with one only other store, the Northern Store (formerly the Hudson’s Bay Company). He is an activist protecting the environment.

But none of that has any bearing on why the RCMP felt they had the right to beat him up. The only explanation is that the officer believed that the Chief’s life does not matter. He could have, either impounded the vehicle, or given the Chief a ticket for driving without proper stickers.  He could have given him a warning. But he did not.

In today's climate of police brutality with overstepping people's rights, it is even more important to continue the pressure to keep their actions accountable and humane.

More importantly, we also must critically look at these stories, without jumping to conclusions or making assumptions. Because whether we admit it or not, our biases and prejudice will colour our judgment.

This story it is clear because we have the recording. What would have been the story had there been no video?  Interestingly, the officers knew they were being videoed, and that did not stop the excessive force. What does that say about them?  About our society?

I have read some of the comments of the released video of the incident on social media. Are people proud of what they write? Fortunately, the camera footage had a direct view of chief Adam.

In my opinion, this story has no gray area. The RCMP were in the wrong here.  They were never in danger of their life. Nor was  the public was  in danger. Excessive force was not required. Ego and non-discipline officers got in the way of handling the incident with appropriateness.

It is time for the police to show up for the community as mature thinking adults, not as hotheaded, emotionally immature thugs. The Chief is a human being.  A father, a husband, brother, a son.  He is a leader in his community. They showed him no respect.

The RCMP has a huge image problem. While I understand that an apology could not be considered in an active court case, due to liability, or some such nonsense.  Still, one must be issued.

An apology that includes action steps to repair the relationship between Indigenous communities and the RCMP. Furthermore, it should come with a promise that identifies clear steps of accountability to ensure that this type of incident will never occur again. The thing to consider is what kind of payoff is there to not issuing an apology?  Or will they wait until someone dies?

We don’t need a George Floyd in Canada, and Certainly not  have it be my chief. CHARGES DROPPED

Please donate to his legal fees 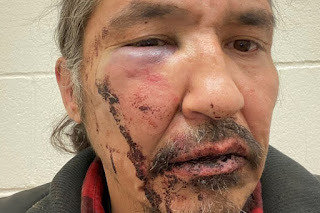 Posted by ToBlog today at 2:29 PM No comments: