Down the Rabbit Hole we Go!

How many readers administer group pages?  Are you responsible for what your readers do with that information?  I venture to say you are probably not because you have not mastered the art of manipulation and mind control like I apparently have.  More over, what does that say about the people in my group? While I don't mind being given omnipotent and mind controlling powers as a lark, but it mystifies me to think an otherwise rational adult is actually serious when they say I am responsible for the actions of people who subscribe to my facebook group page.  Really, I have that much control over earthlings? 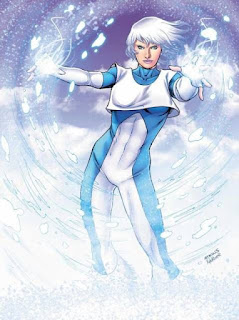 Let me try to explain how this happened. I was recently added to group chat on messenger, my initial thought was how nice of someone to include me.   Ordinarily, I enjoy participating in group chats, I get to contribute, explore ideas and perhaps really make a difference in the conversation. However, I only had to read a couple of lines to realize that this was not a normal productive group chat.  It was apparent that whoever set up this group chat was not considering constructive participation from the people they added to this chat. But rather he/ she was looking for support for a personal disagreement between two people. I would even  go so far as to say it was a heated argument that was quickly spiraling out of control.  The person who started the chat wanted witnesses not a calming voice. In the five seconds it took me to assess the conversation I decided to leave the chat.
I immediately received a personal message from the person that started the group who said, "thanks for the support". Good to know you were a supporter of transparency and "open dialogue" I am ashamed to call you two my family.  Then it went even further to say, I obviously want  your input but you don’t care to deal with conflict you indirectly a part of.   While I tried to reason with this person, and did my best to explain that I have no control over people’s actions, related to me or not. People who subscribe to the group I administer are all functioning adults. That person was so upset, any attempt by me being rational was lost.  In fact, my attempt to be reasonable and calm was interpreted as being passive aggressive.  I was verbally insulted and called names. And to further insult me, in case I didn’t understand what the word meant, I was sent the meaning of ‘passive aggressive’. Hmm, does this blog constitute being  passive aggressive?    To top it off I was not the one who started this foolish dispute. A dispute that could have been resolved had either of them bothered to pick up the phone and talked to one another.
Apparently, that particular group chat was so emotionally charged that participants where slinging mud at each other well into the early hours of the following morning. Mercifully, I didn't participate, even as a witness, to what appeared to be a denigration frenzy.  The fact that I was not involved in the conversation apparently didn't matter because I was accused of being held responsible for their bad behavior and the consequences of the fallout from this chat. Oh, how I digress!
What is happening to us? Social media platforms, specifically Facebook, have altered the behavior of people so much that normal cordial and intelligent conversation is becoming a distant memory.  The boundary of human decency and respect is replaced with a more cavalier attitude.  Conversations on social media that are embroiled in a highly charged emotional state are like the Wild West. Just shoot from the hip indiscriminately and worry about it later. As people angrily tap, tap, tap, on their computer keyboard slinging insults and innuendos at each other, they simply just lose their mind. More often than not they leave the conversation consumed with so much anger and animosity for each other that it impacts on their real life relationships. Families are now the enemies, Friends are deleted, and people are left disempowered, disillusioned, and bat crazy with anger.

The person who started this drama ended up saying, "I am so heartbroken".  Come on you started this drama and now you want sympathy! Even before the conversation got heated, you said to me "I am ashamed to call you family." That certainly was not an invitation for me to go back into that chat.   Grow up and get some perspective! Until you've experienced both the loss  of your beloved mom and a very special brother in less than six months, you have no idea about heartbreak.  A argument on social media, no matter how unpleasant, does not compare to the heartbreak I feel everyday missing my late mom and late brother.  It has only been just over 7 months since Rossi passed away.  I am still grieving him.

Welcome to the human dynamics of the 21st century.   I miss the days of snail mail and lovely hand written letters, don’t you? It boggles my mind how quickly we have gone down this rabbit hole.