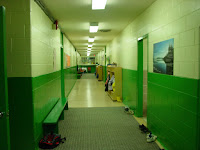 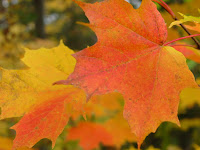 my son's first day back to school was for him filled with with mix emotions, angst and excitement.

He is worried, I suppose because he likes to know what to expect in concrete terms, and, not knowing, creates uncertainty in his mind. I think, too, he is sad because his friend Patric moved back to China and won't be in his class this year. At the same time he is excited because it is a new school year.

He is embarking on his sixth grade, and with it comes more responsibility as well as promise of challenges and successes. I wanted to assure him that his feelings were important and that his concerns were real. But I didn't know how to begin the conversation.

Fortunately, on our drive to school, we were listening to a radio program which involved interviews with a couple of teachers who expressed how they were feeling about their first day. Both teachers said they were anxious and worried about their first day. Worried about who the new students were, how they were going to prepare the classroom, and how to minimize the fears of their students. This allowed us the opportunity to talk to about the teachers and how they also had concerns. Knowing that teachers are human who experience butterflies on the first day of school I could tell lessen his trepidation.
Posted by ToBlog today at 2:30 PM